TRIBUTE TO ABDOULAYE KONATÉ, THE STUFF OF A MASTER 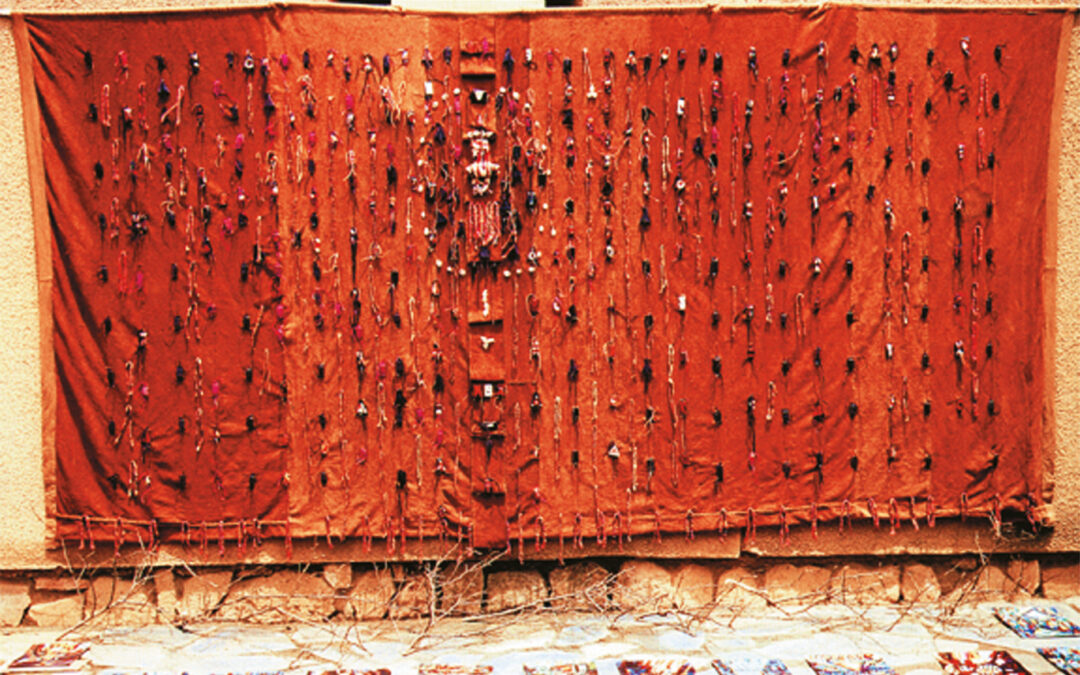 A Master, the Malian visual artist undoubtedly is. The 14th edition of the Dakar Biennale will pay tribute to Abdoulaye Konaté, winner of the 1996 Grand Prix.

With a meaningful look, art critic and historian El Hadji Malick Ndiaye analyzes the work of Abdoulaye Konaté, who stands out by the use of fabric as a preferred material enhanced by a reinvented pictoriality.

Regarding his approach, two lines of force cut across Konaté’s work: aesthetic and socio-political forces, Ndiaye noted. « On the one hand, aesthetics results from work on matter. The artist’s dexterity lies in his ability to play with and give textile reliefs and shapes, with graduating colorings that suggest movement by the mere shades of colors, » the Dakar Théodore Monod Museum Curator observed. Brainstorming further, he said « His compositions show subtle chromatics in how pieces of fabric are arranged and the presence of important reliefs thanks to integrated objects. The minimalist regularity of the broken bands introduces the formation of volumes and creates optical effects that sometimes come in a series of abstractions ».

From a socio-political point of view, Abdoulaye Konaté’s work is marked by a profound humanism that lies in his ability to name cultural, social and political relations, Ndiaye observed. At this level, the suggestive power of his titles makes his works singular, becoming an introspection of History and Memory, the art historian noted.

For El Hadji Malick Ndiaye, the works of Abdoulaye Konaté are scores of human drama and collective unconsciousness suggesting the evils of mankind and their difficulty forging a common destiny together.