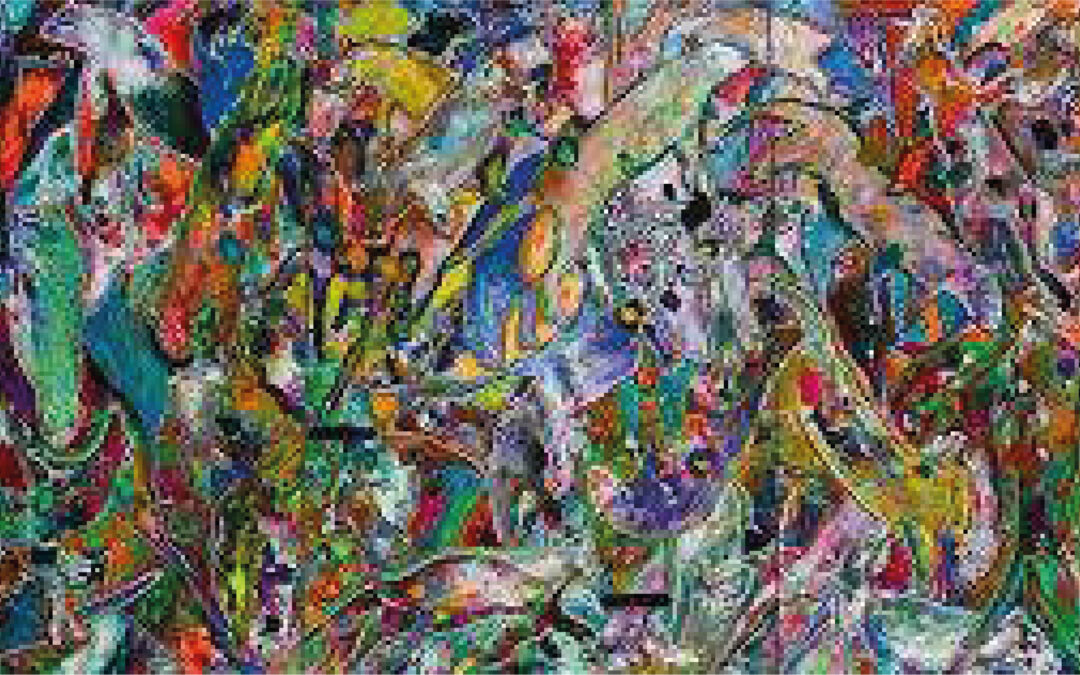 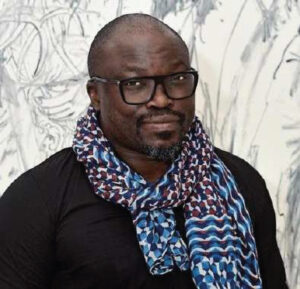 INCURSION IN A WORLD OF METAMORPHOSES

“The march of men, the march of the world. Time. Space. Space-time. Time from here. Time from elsewhere. Quantum time. Time that does not exist. Time named. Time denominated… The legend for children who have become. The legend of time immemorial. The legend of times modern. The legend of this time. Men so close to beasts. The beasts so human. Meta-morphoses. Chromosomal mutations. Mutants Posture of aesthete at a point of space-time curvature.” So spoke… so paints Soly Cissé. Under the watchful eye of the exhibition curator, the visual artist will have Carte Blanche during the 14th edition of the Dakar Biennale. « When he decided to devote his life to artistic practice, Soly Cissé gave a foretaste of his constant spirit: he is a man on a quest, » Massamba Mbaye said. The art critic discovers a Popperian quest that defines a life as « an endless quest » that is not facto unfinished by nature, as postulated by the French translation of his statement. The curator’s analysis highlights « an endless quest for possibilities that transcend the static of the unfinished ».

According to Mbaye, an artist must be encouraged to renew him-/herself.

He points out that it is possible not to change the theme, but « rather to explore the techniques for travelling from one place to another. » This is how the artist never repeats him-/herself.

The choice to be an artist, if at all a choice, is never easy, the art critic notes. For Cissé, it was first necessary to live in the misunderstood’s isolation and to face the tutelary fatherly figure who wanted another destiny for him – that of a doctor like himself, for example, Mbaye added.

He said no. If you don’t turn your passion into an occupation, you may end up being unhappy at the end of the day, with gold bars in your bank.

He brilliantly graduated from the Dakar School of Arts in 1996, and had to enter an academy for improved command on shapes and colors. He thus had all the necessary tools to share his vision of the world.

How this artist treats color is very singular. It captures the daytime luminescences with the violent contrasts of urban artists who are all over walls and looks that must be flabbergasted, even in a fleeting snapshot of hurried steps, or even as a car speeds past. He’s one of those plastic artists who provoke the moment.

Soly Cissé is at the mercy of a narrative register at the confluence of analytical psychology and the transmission of daily life, which is beyond triviality due to its historical, sociological, political and economic complexity.

In many of his paintings, he preserves a central character sometimes offset on the central visual axis. He eyes you from head to toe, observes you, sends you back your own gaze. Sometimes sympathetic, sometimes alarming, heavily loaded in a constant manner, it can be of human or hybrid shape.

The body shapes emerge while being in fusion as if to recall the primordial lava, the liquefaction of the beginnings and ends of the body: the power of the « tamers » and « possessors » of nature and their extreme fragility.

For Massamba Mbaye, Soly Cissé marries all the registers of metamorphosis. « His work often evokes theranthropy or zooanthropy. He takes on the possibility to completely or partially transform humans into animals to better understand our obscure part, even if the animal is not constantly connoted negatively, » notes the Exhibition Curator.

By putting animal, human and individual identities under stress, he transposes our faults, our affections, our hidden evolutions in the animal or hybrid kingdom, in order to refer us otherwise to ourselves, Mbaye observes. The human being is at the heart of his concerns – metamorphosis forces itself in the shape that preserves, to a certain extent, an essential component of the individual, the essence. It is therefore possible to believe in the human, to remain hopeful.