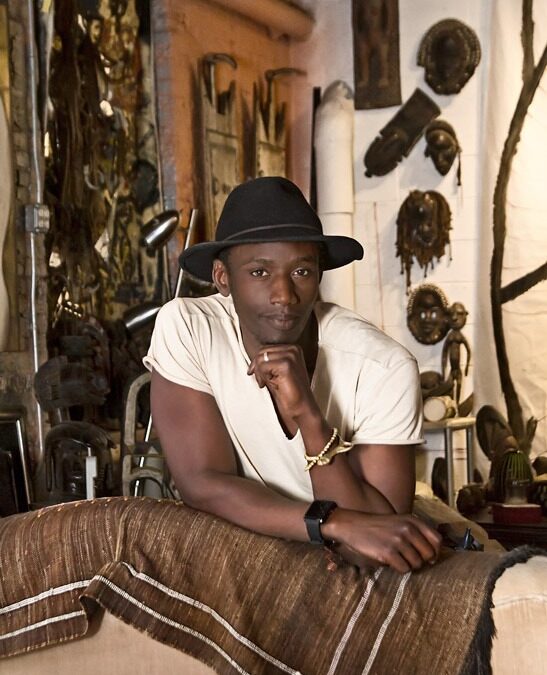 Issa Sow, born in Dakar, Senegal in 1975, is a contemporary Senegalese painter and gallerist. In 1999, he moved to Montpellier, France, where he lived for several years before landing in New Jersey, in the United States with his wife and children.

In 2012, Issa Sow opened the doors of the Issyra Art Gallery, in Hoboken, New Jersey, which presents local and international artists, handpicked traditional and contemporary African artworks, an extensive collection of Sow’s own body of work in addition to music, dance, and painting workshops supporting Sow in his mission to spread the African culture and his childhood memories of teranga.

Mixing recycled materials and organic colors such as those from coffee, hibiscus or fruits with traditional paints, Sow recurrently makes use of symbols; those of the human, animal, and divinity, not only to confer history but also to protect and help fulfill the viewers’ wishes and longings. His work can be read as a spontaneous extension of the practices surrounding Traditional African Masks, wherein his paintings become the medium that enables a dialogue between the spirits and the people.